"Captain's Log 2287.10.21, Captain Jack Reed in command of the SFS Drake. We have arrived at Omecron III after receiving a distress call. A small survey team is here on a mission to assess the planet's suitability for a Confederation colony, but there are no further communications from the planet. I am accompanying the planet-side team along with Medical Officer Lieutenant McNeil and Spacemen Richards and Garrot to investigate the survey team's camp site. Commander Silek is in command of the bridge."

The planet-side team materialized on the dusty, windswept planet just as the blue second moon of Omicron III was dipping into the horizon. The sky was awash in the blue light reflecting off the moon, a stark contrast to the yellow sky. Captain Reed barely took notice of the scene as he began to examine the campsite in front of them.

"McNeil, are you reading any life signs?" Reed asked the Doctor.

"I'm getting unclear readings, Captain, but there seems to be something faint 100 yards to the west."

No sooner had the Doctor made this announcement than the better part of a crude spear emerged from the chest of Spaceman Richards. Richards looked down in astonishment, not recognizing this seemingly new limb, before he collapsed in a heap in front of Reed. 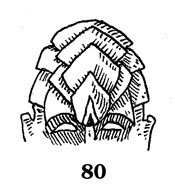 A humanoid alien could be seen briefly admiring his work before ducking behind cover on an elevated ridge.

Reed and Garrot immediately grabbed hold of Richards, dragging him behind a large boulder as the Doctor followed.

"Get out of the way damn you!" McNeil grunted, opening his medikit with one hand and checking Richards's vitals with the other.