The bridge of the SFS Drake rocked to the side. Officers swayed, some lost their balance, and others fell to the deck. The explosion was completely unexpected. Captain Reed gripped his chair tightly as he shouted, "Silek, report!"

The Tauran Science Officer collected himself off the floor and consulted the sensor readings. "Captain, a ship has emerged from behind the third moon. It...appears to be a Space Fleet frigate. Yes, it is the SFS Galatea.

Reed said, "Lieutenant Karak, what is the status of our weapons?"

The Rigel Security Officer stood at attention and stated seriously, "Captain, beam banks are inoperative. We have three ion torpedoes ready to deploy."

Karak continued, "...but, Captain, our targeting system is damaged. We can still fire, but we will need a manual lock."

"Captain, a visual is coming through from the enemy ship," Ensign Cho reported.

"Put it on screen, Ensign."

The screen displayed an image of a frigate bridge, with a humanoid in the command chair. He was wearing a familiar brown and black leather uniform, with red insignia. 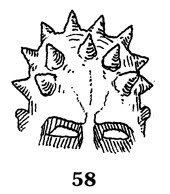 Reed knew the uniform well. He cursed under his breath. The Vega Pirates...again.

"Captain Reed," The pirate said with obvious satisfaction, "This is Captain Larran of the Vega Pirates. You evaded some of my men on Scarra, but it looks like I've caught up to you. I've been looking for another Space Fleet vessel to add to my fleet. We know your beams are down and you're weapons are depleted. Kindly surrender."

"Give us a moment to consult." Reed demanded.

"I give you one minute, Reed, and then your ship will be blown to dust," the spiky-headed alien declared.

"Trying Captain...they, seem to have modified their defensive screens and manual sensors are unable to lock onto them." Karak reported in frustration.

"Captain," Commander Silek interjected, "they have indeed modified their screens, but as a result they seem to be leaving a trail of trakyon radiation."

"Karak," Reed said quickly, "can you modify the targeting computer to use that radiation as a target path?"

"I think so Captain, it will take just 30 seconds." Karak stated with pleasure, working at his console.

"...you now have 10 seconds to decide, Captain." Larran said suspiciously.

"We surrender." Reed said with as much earnestness as he could muster.

"Deactivate your defensive screens and prepare to be boarded." Larran said with a smug tone

Reed delayed, "Larran, I want you to ensure that my crew will be taken care of."

Larran laughed, "No negotiation, Captain! You, of course, will be executed as an example of what it means to defy the Vega Pirates. I'll personally send a piece of your body to the corners of the Galaxy as a token of how we deal with interference to our operations. Your crew will receive some measure of mercy. They will be sold into slavery."

"Karak, are you ready?" Reed asked, trying to sound defeated.

Larran turned to his technical station but it was too late. An ion torpedo sped along an irrregular course, following the trakyon radiation.

"No, Reed! I'll have your head..." but Larran didn't get to finish his sentence. The ion torpedoes collided with the pirate vessel. The direct hit detonated their nuclear engines and the ship nearly vaporized.

"Captain, the pirate vessel has been destroyed." Silek reported, possibly in an attempt at humor since it was totally unnecessary.

But Reed couldn't enjoy the moment. He was thinking that if the Vega Pirates had become this brash they must have something planned working to their advantage. Could this be a new major threat to the Galactic Confederation?

* * *
This concludes our Forehead Fridays! Thank you to everyone who has been following along. This has been a fun feature, and I hope it shows how the various foreheads in Starships & Spacemen 2e might be used in play. The indiegogo project has been a great success! As a reminder to those who have been meaning to contribute, the campaign ends late Saturday.
Posted by Dan of Earth at 7:07 AM 3 comments: